School days with a difference. 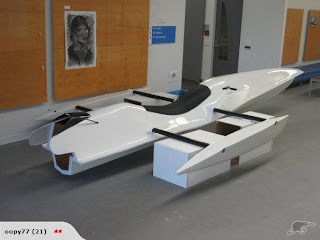 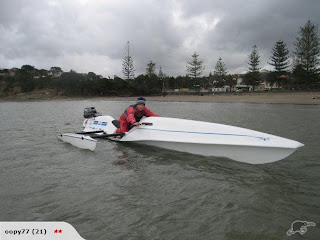 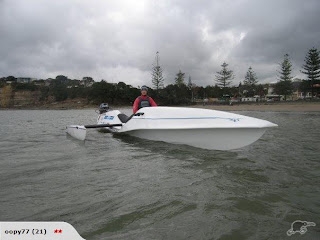 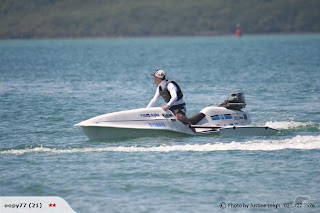 Photos by  Justine Leigh.
A couple of years back I had the great privilege of teaching part time at Massey University, Auckland New Zealand. At first I was just there for the occasional presentation on a given subject, then I got a 6 week paper to run, and then at the beginning of the next year Course Leader Bruce Woods paid me the huge compliment of giving me two days a week ongoing.
The subject was “Transport design” and my students were  specializing in automotive and marine design, my brief was to teach and supervise the design and building of  model and full sized projects as well as some which involved “paper projects” . I had classes in years two and three plus mentored some year four students in their grad year projects,  they were a wonderful bunch of young people, almost all of whom worked hard and did well.
Teaching these classes taught me a great deal, I had to stay a lot more than one page of the book  ahead of them as they were all of them pretty bright, and I spent a lot of time researching and swotting up ( cramming!) on each subject before standing up in front of them in the classroom, but even so I think that they taught me at least as much as I taught them, it was a really great experience and I’m hugely pleased that I got the chance.
I was surprised and pleased to come across a Trade Me ad for one of the year three projects that I supervised,  in this case a group of students were given the use of three 8 hp Yamaha outboard motors with remotes, and sent off to design, build and race three boats.
Remember that these had to be designed, materials sourced, built from scratch, tested and run within one semester while the participants were also taking other papers!  There were some very late nights in the  Schools well equipped workshop!
We did a “car” one as well, each team getting a little 1 ¾ hp Honda stationary motor and sent off to design and build a vehicle to travel as far as possible on 100ml of petrol, that’s about 45 mins on the motors most economical speed and the winning vehicle which was a prone ridden motorcycle with hub center steering ( built by the students with the tools and machinery in the College workshop remember ) and a mountain bicycle gear train worked well hewever we didn’t manage to get a really good venue. But the testing we did do gave us an estimate of fuel consumption in the high 800  miles per imperial gallon at about 20 miles  per hour which was pretty good, and I am sure that with a longer track and some fine tuning we'd have done even better.
For the boats teams were selected, three in two and two in the third team.  All three opted for triple hull configurations, the winning one with a comparatively wide and short central hull,  the boat being got up stylewise to suggest a stealth bomber. The other two had long slender hulls, one semi displacement with foil stabilizers and the other a very graceful boat with conventional but very slender stabilizing hulls.
Alistair Thompson, Sophie  Amesbury and Tom Bryan built “Tri Ski”,  a very smooth looking boat built to a high standard and which performed well in the tests.  I’d say that the wetted area was just a little high for the 8 hp motor, but that’s ok, this was to be a learning exercise and the boat was still a lot quicker than you’d expect from the power plant, the handling near perfect and the concept very well executed.
Above are some photos copied from the Trade Me on line auction site where Tri Ski was recently up for sale.
Well done all that class, I hope you look back on that year as fondly as I do.
John Welsford
( Very proud) Senior Visiting Tutor
Transport Design,
College of Creative Arts
Massey University.   2006 / 2008
Posted by John Welsford at 6:31 PM