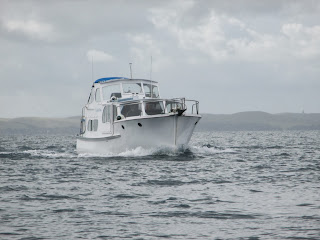 I had someone ask " isnt it cramped living on board a boat?"
The main cabin in my ship is about 11 ft x 10 ft wide, there is a cabin forward of that which is in the process of being converted into an office complete with drawing board ( yes there is that much space in there) and aft of the main cabin opposite the galley there is a double bunk, and aft of that again the cockpit is about 6ft longwise and 9 ft wide.
Yes its smaller than a house, but there is a very very big outside just outside and that makes the inside feel a lot bigger.

Here are some shots of the interior. Before I bought the boat, there will be some minor changes.
I have a deepfreeze and a second refrigerator powered by a compressor on the engine which is good when cruising, have pressure hot water and a proper shower too. 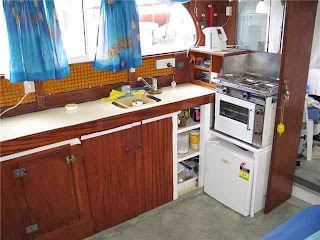 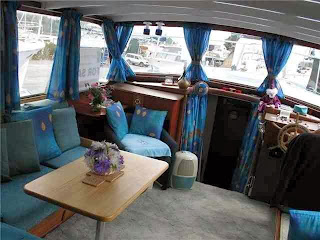 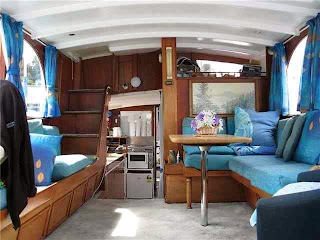 I've moved, well, sort of.  Have an internet connection through my cellphone, have a cellphone even!  And thats a big deal as I've not had one since the big bricks, managed to avoid them all these years.

So I'm technically up to date with a phone that is smarter than I am, a Macbook, printer and all on board the ship, and the  ship is now on her berth up in the Wade River.

Its a lovely spot, a couple of miles up a narrow but ok channel, not far away from the city by road or ferry for my three times a week commute, 15 mins walk to a decent corner shop, good cellphone reception and lots of birdsong in the trees.  I'm looking forward to being there.

Here are some pics of the little ship "at home" . 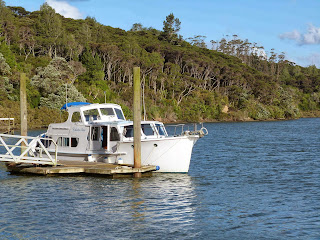 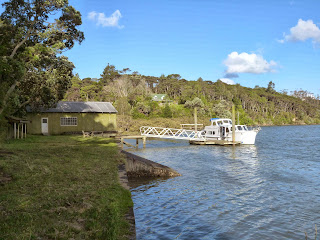 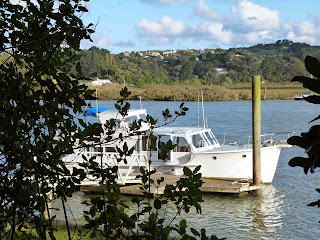 No its not as pretty when the tides out, but even the mudbanks have their appeal with the seabirds hunting on them.

The vista is ever changing with tide moving, wind and currents, and the bush all around.

I have a drawing board set up, will be building an office in the forepeak and will be fitting a bigger battery bank and inverter to make sure that I can carry on working without shore power when I travel to another quiet spot for a change of outlook.

I've got Mike Monies Footloose project on the board at the moment, one of several projects that make up a backlog that needs finishing before I get onto new ones, but some are particularly interesting and Footloose which is a semi displacement monohulled trailerable "houseboat" about 22 ft x 8 ft presented several challenges, its going to be really interesting to see how the theory behind the unusual hull works out in practice. 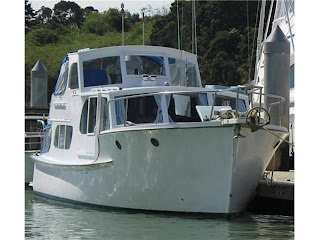 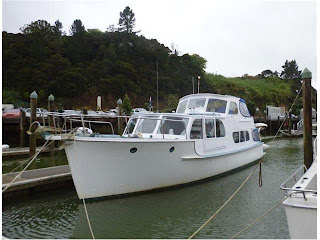 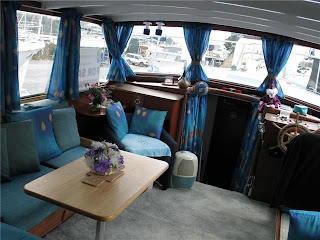 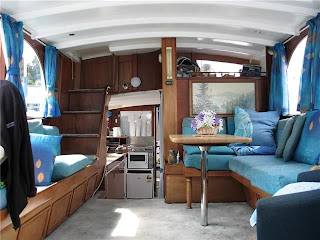 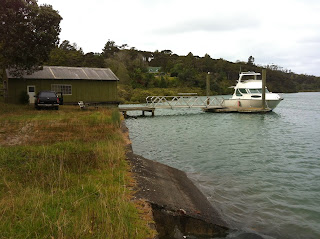 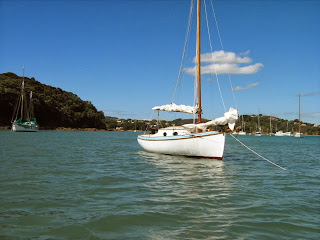 Its been much too long since I posted here,  the past year has been not as much fun as one might like, but the health issues are somewhat under control and I'm more or less getting through the day.
I'm drawing again, have a project on the go in the workshop which although I'm not putting in full hours ( yet) is a sanity saver, and the medical guys tell me its just a matter of time and taking things very gently and I'll be as dangerous as I ever was.

A very big thank you to the two people who have been hugely helpful in maintaining my internet presence and keeping the ball rolling on forums and websites, without them things would have looked much worse from outside and inside.

I'll post separately with news, but this is really about saying, hey, while I am not as energetic as I might be,  I'm back on deck.
And very glad to be ---