The brotherhood of the travelling boots.

Its occurred to me that the hikers boots that I’m wearing have been to seven different countries so far, they’re good friends the two of them, get along well even though they’re almost twins. One of course is a lefty and the other a righty but even so they seem able to co operate and generally arrive wherever it is that they’re going at about the same time.

I’m on my way again, this time to Chile,  will arrive in Santiago in about 18 hours.
Right now I’m sitting in Auckland International airport, within a few metres of the Percival Gull aircraft that Jean Batten flew from England to New Zealand in 1936, setting a number of aviation records on the way.  That flight took 11 days and 45 minutes to cover a bit more than 14000 miles.
I’m going to be travelling in an aircraft that barely resembles that tiny single engined spruce and canvas plane.  In fact it would be no real problem to fit the “Gull” into the cargo hold of the big Boeing that I’ll be imprisoned within for the 13 ½ hour flight across the Southern Pacific Ocean. We’ll be travelling at around 590 nautical miles per hour, how different it is from Jean in her little light plane t125 mph.  I bet she didn’t complain about the cabin service in her tiny cockpit . 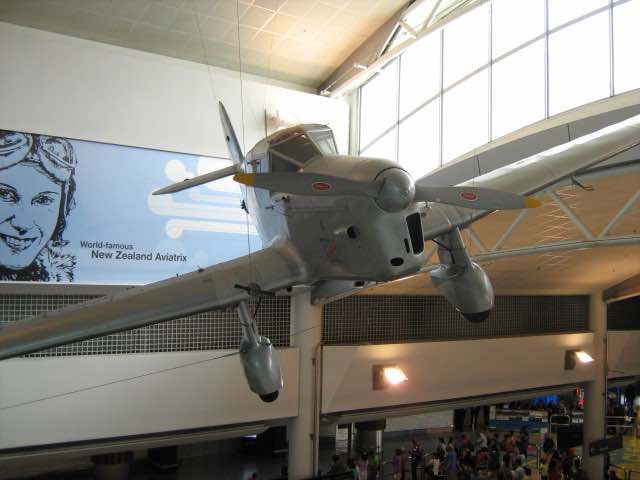 Jean Battens Percival Gull airplane, as I write this I'm sitting about 2metres away from the wingtip on the left of the picture, its a graceful little thing, but a real reminder of how much aviation has progressed since then, remember too that Jean Batten was with us until 1982, so most of this amazing progress has happened within the space of a long lifetime.

This trip I’m making is by the way the longest uninterrupted stretch of ocean that there is north of the five great capes about twice the distance that it is across the North Atlantic from USA to UK.

Which brings me to why I’m travelling.  I’m to meet up with friend and co teacher Howard Rice, and we’re going to be setting up for the big voyage of exploration that he is undertaking next southern summer.
That voyage, in a modified SCAMP, all of 11 ft 11 in long ( 3.575M ) will leave from Punta Arenas in the Straights of Magellan, carry him out through the channels and straights into the Pacific where he’ll turn left, and head south toward Cape Horn.
That latter is not necessarily the objective of the voyage, but rounding “The Horn” is a possibility.  The real purpose of the voyage is to explore the least populated and most rugged coastline on the planet,  riven with steep sided fjords, many with glaciers at their heads, backed by mountains, many un named as yet, and battered by the incessant gale force winds of the Roaring 40s this is an extraordinary place, and one which Howard will be exploring, and documenting.
There will be cameras on the boat, as well as within his support crew back at Punta Arenas, there is already some video “in the can” and the intention is to make a comprehensive video of the voyage, a video which will be available to anyone wishing to see the grandeur of the wildest place on the planet from the viewpoint of a small boat sailor.
There is more on the boat and the voyage in Howards Facebook page here
https://www.facebook.com/search/top/?q=howard%20rice's

Yes it costs by the way, and if you’d like to support this, check out the directors website here. http://www.below40south.com.  There is also a lot of information on the voyage there.

Any donations would be very gratefully received, we’re covered for the actual filming but the production costs will be significant and even a small amount would help to get what will be one of the great small boat adventures out where people can share it.

So I’m sitting here in Auckland airport with several hours to wait until the big silver bird roars down the runway and turns out eastward over the sea.
Its not boring, I’m in a quiet corner upstairs, this is one of the better airports that I travel through, and I’m alongside a glass wall where I can watch the people flow like a gently stirred anthill.  It’s the arrivals area just below me, and there are friends, parents, siblings and visitors arriving, it’s heart warming watching the enthusiasm and emotion with which they are being welcomed.

But I’m going the other way, I’ll be among that crowd downstairs in 20 days.

Posted by John Welsford at 5:24 PM