Another tool test, and some other bits and pieces.

Now and again I get power tools for testing in return for writing up publicity stories for magazines, on odd occasions I’ve gone back to the suppliers and told them that in all conscience I could not write a positive report on the tool concerned so would prefer to not write one, and I’ve always ( so far) had an ok response to that.  I guess it adds to the credibility.
A recent one was a little 3.7v l.ion battery screwdriver which was as near as useless as any power tool I’ve ever used.  Now not all of those small screwdrivers are the same, I’ve read credible reports on some of the better “name” brand ones that suggest that they are quite useful for light work, but the one I was handed recently, not so.
I was very pleased though to have in my hot paws a Makita TD090DWE impact screwdriver.  I’d watched others using them and had several people recommend them to me, but had been convinced that the much quieter driver/drills suited me better.
I picked this little monster up and was immediately impressed by the way it sat in my hand, comfortable, light and better balanced than the much longer drills with their gearboxes and chucks. 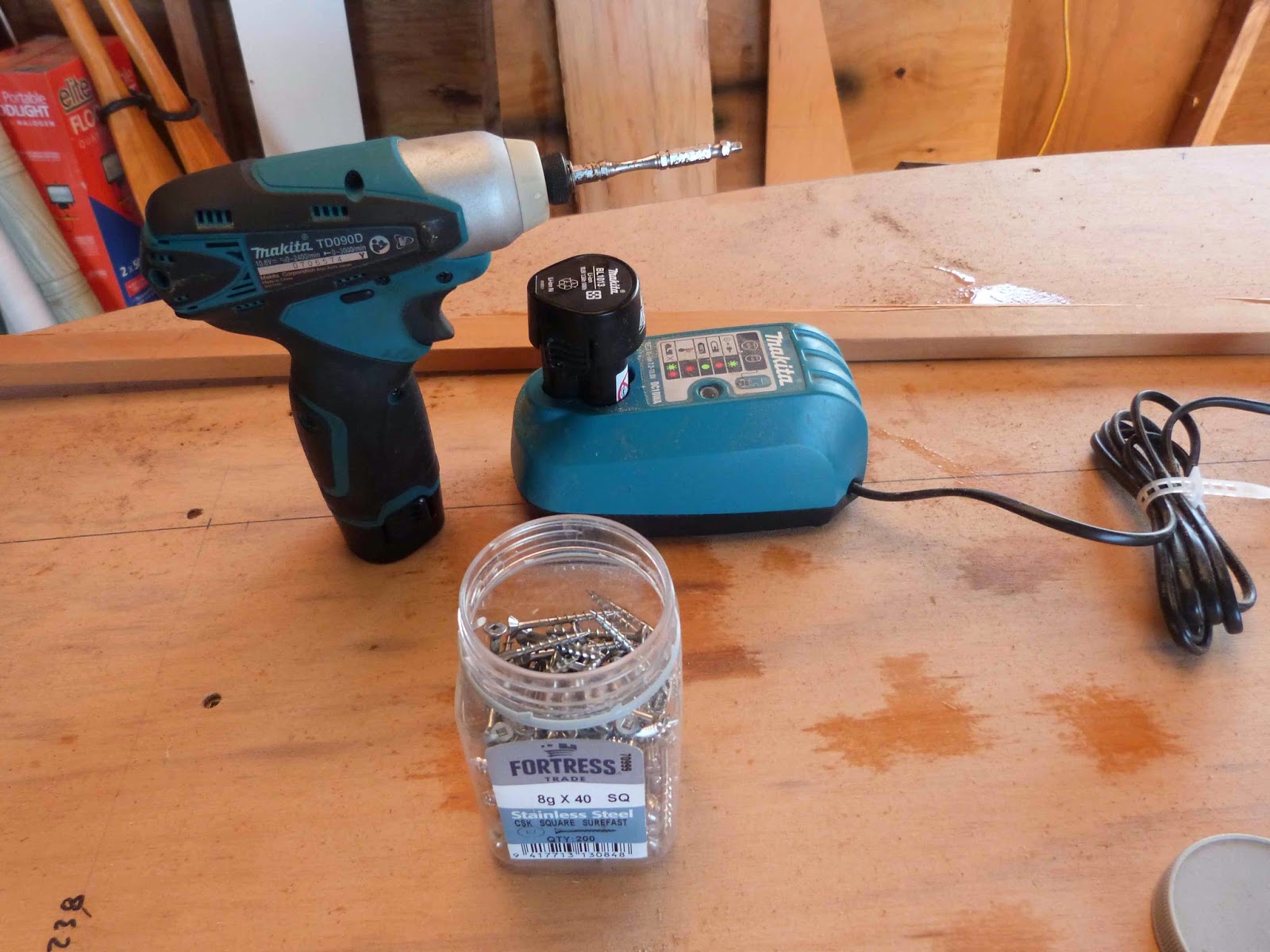 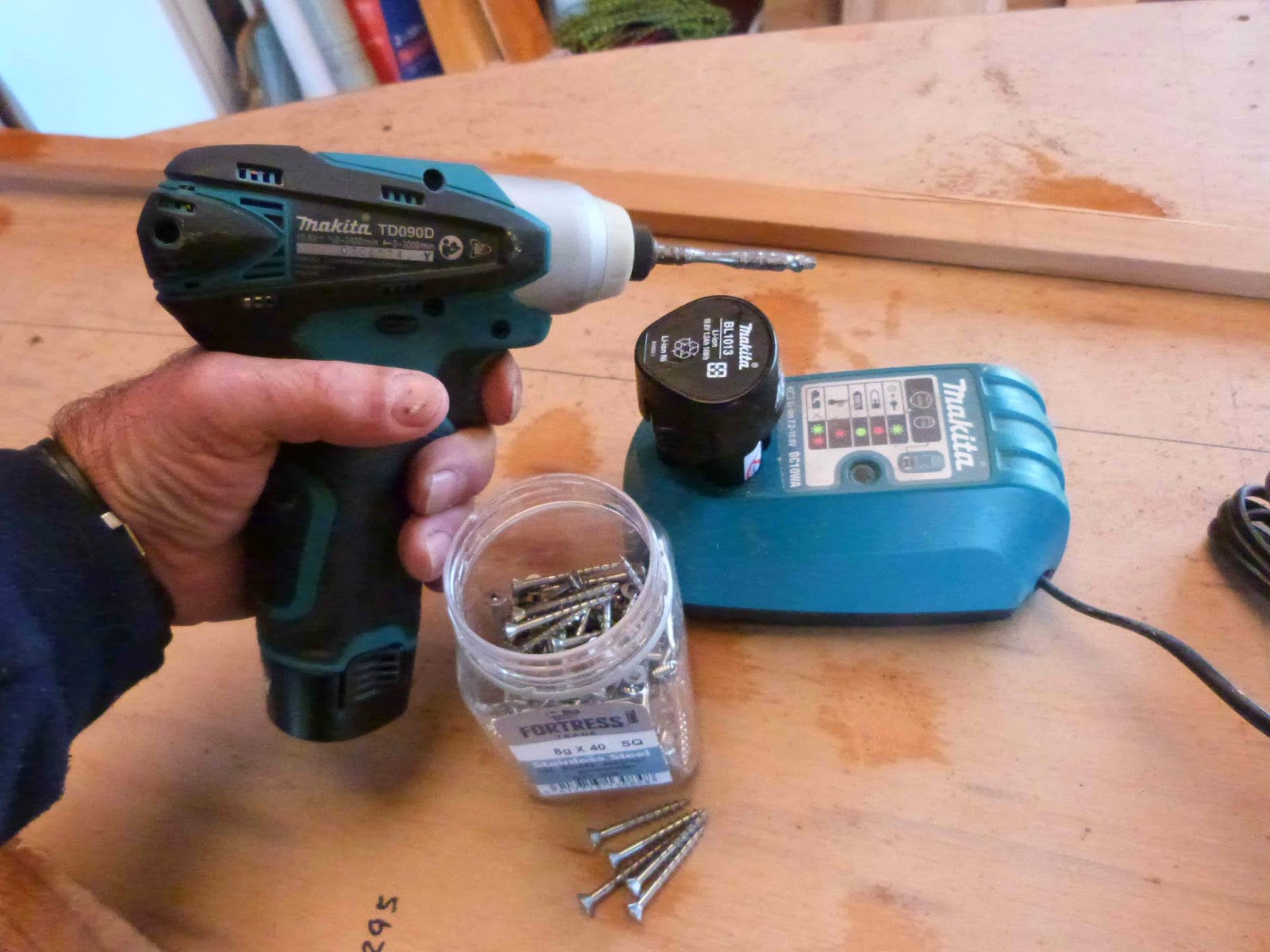 Now a good friend had recommended these to me, but I’d felt quite happy with the several cordless drills I have on the rack.  All but the Ryobi one that is and that lives back with my ex for me to use on things like fixing her curtain rails.

When I first used the Makita impact driver, at first I found the fast rotational speed difficult to manage.  It spins the screw really quickly until the screw begins to load up, then the impact drive starts to rattle like a racecar wheel change and slows right down.  Yes its got a variable speed trigger but its very sensitive and it took a while to get used to it, and the noise.

But that said, I tend to reach for the tool that I like rather than the one nearest, and as I get more time with this tool I am liking it more and more.  My trigger finger is adjusting ( hands up ponder!) and if I’m doing a long row of fastenings I put my “hearmuffs” back up where they do good.

This little thing will drive monster screws into almost anything,  I used it the other day to build a set of shelves ( again, for the “ex”, the “honey please do” list is still functional it seems) out of 18mm plywood, and the 2in twinstart screws needed no pilot holes, just push on the point and pull the trigger. Whirr, rattle rattle done, countersunk and all!
The little lithium batteries will run for a days work, and charge in half an hour or so, there are two in the kit so you wont ever run out of battery if you remember to put the down one back in the slot.

I find that I like it, I like the light weight, the clip in chuck which makes a change of  the hex bits very quick, it’s a very nice tool of about the right size and fit for building small boats and handy for the “honey do” list.

I don’t think I’d have a reason to buy the bigger one, I’m not putting steel siding or roofing on, and the 10.6 volt unit does almost everything else with a light and comfortable tool.

One more thing, SCAMP Camp at Port Townsend last year was great, some lovely people as always at SCAMP Camp, and Thom Davies was one of those.  We talked about many things Thom and I, tools among them and somewhere along the way I must have mentioned that I was hoping sometime to get myself a leather handled Estwing 16 oz finishing claw hammer. They are not common in the hardware stores, much too light for most uses but ideal for small boat builders.
Thom found one, and sent it with a friend who was coming to NZ.  That was an unexpected treat, its in my hand most days and I think of him, and that “camp” whenever I touch it.
Thanks Thom, very much appreciated. 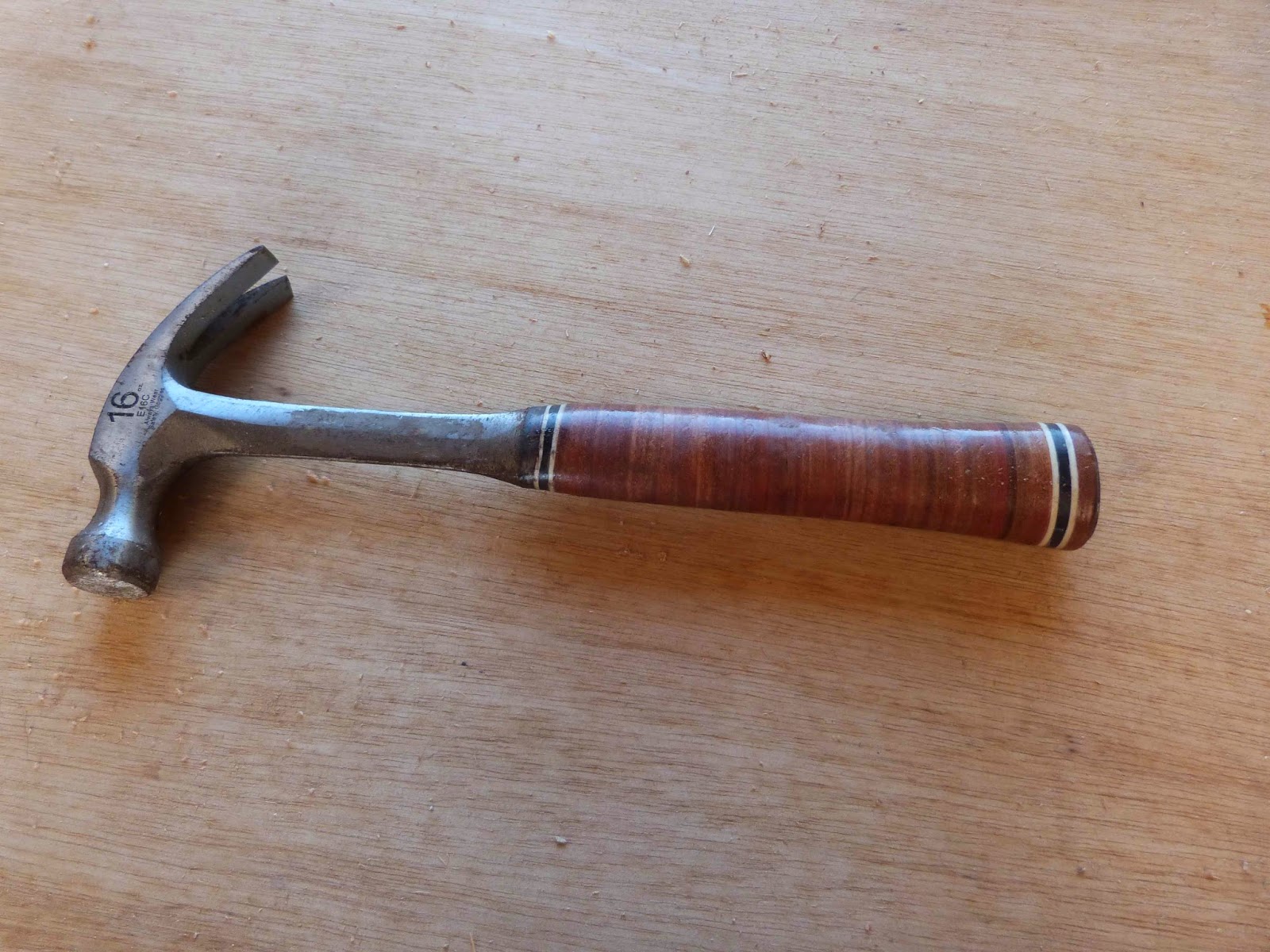 Such a nice tool to use, perfect fit to the hand, just the right weight and balance.

I’m off to the next SCAMP Camp in less than two weeks, it was a bit doubtful that I’d be fit enough this year but I went to the haematology clinic for what I hope was the last time yesterday and am cleared to go, there are some conditions attached but I’m ok to travel and to undertake “light work” part time. Sitting on my chair in a sunny corner and telling others what to do might fit that.