Its a long way to Tipperary

It’s a long way to Tipperary the old song says,  but I can tell you that the cheap flights from Auckland to Seattle makes for an even longer journey,  Auckland to Brisbane, Brisbane to Los Angeles, LA to Seattle takes around 24 hours  including “terminal time”.
Brisbane is not so bad, they have a transit area so there is no need to go out through Immigration and customs then back as LA forces passengers coming from Vancouver BC ( Canada) and transferring to a flight out to NZ or Aussie as they did to me a few years back. But they do run everyone who’s just come off the plane through the security scan and inspection again, as if they’d not done that to get on the incoming flight.  Ah well! Nowt I could do about it and the officials were polite and efficient.

LA international airport though lived up to its reputation as one of the worlds worst regarded major airports, there were over 2000 people in the queue for immigration and customs, it took an hour and a half to get through that, and as I know the place of old I’d asked my travel agent to book flights such that I had extra time between incoming and my connection so I had plenty of time to deal with the vagarities of the place and not miss my outgoing plane to SeaTac in the north.
As usual the place was filled with great crowds of stressed and unhappy people, and that’s just the staff! Queues of 50 or more at Starbucks and Burger King so no chance of getting even that kind of food. It was to be 3 ½ hours more flying to get to the next chance of refuelling myself and no food on that flight so it was back to my reserve packet of muesli bars and a bottle of water from a coin machine.

So I’m here in Port Ludlow, home of several friends including my hosts Helen and Pete Leenhouts. I’ve about got over the jetlag, coming from New Zealands winter where its dark at about 5 30 pm to here where its still light at 9 30 is as much of a shock to the system as the time zone difference,  the body keeps saying its not bedtime yet and its very hard to get up in the morning.
That will only last another day or so, and I’m in summer which is nice.
It will be springtime when I get back home which will be a treat, this will be a good summer with lots of time out on the water.

I got out on the water the very day I arrived here, Petes friend Ed Davis has a little 12 ft aluminium boat with a 9.9 hp Honda outboard on it, and goes out hunting Dungeness Crab just off the shore where he lives, so I got a ride out to help pull traps. 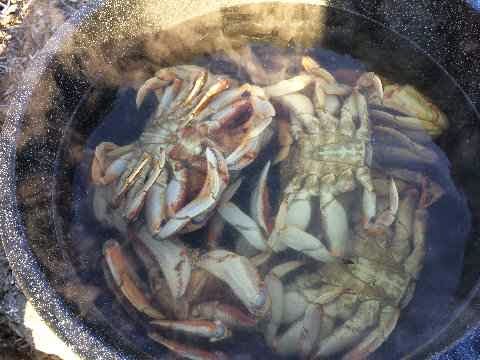 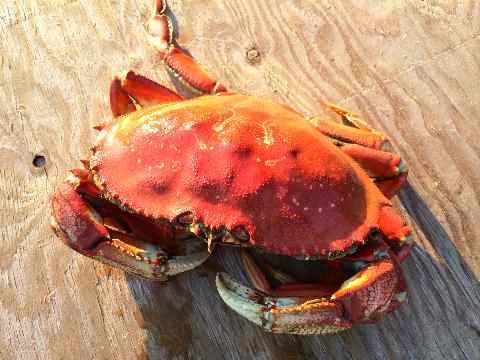 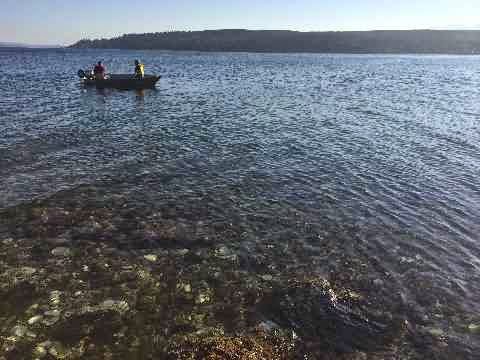 Those are big crabs, shells about 150mm across and two full handspans across the legs,  they are capable of breaking fingers if they get you with their claws.
Nice to eat though, boiled with a little butter.
Thanks Ed,  and Pete.
I sleep better with a full belly.

Posted by John Welsford at 8:40 AM