On the way into Punta Arenas from the airport the other day we spotted the topmasts of a pair of square riggers. They were too far inshore to be on the water, the rigs appeared to be complete, and I’d heard that there was a replica of Magellans ship somewhere so,  today we drove down there for a look around.

All built on site from local lumber, interiors as per the originals, no sails but rigged.
Amazing ! 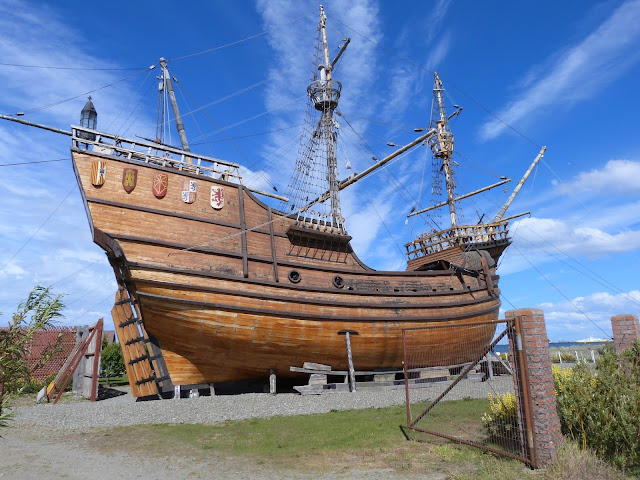 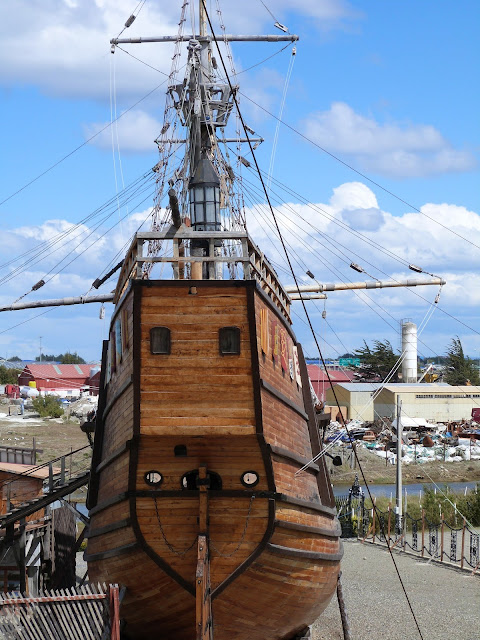 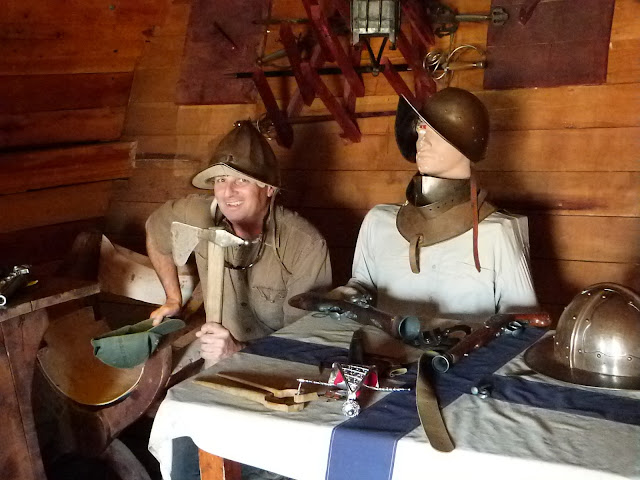 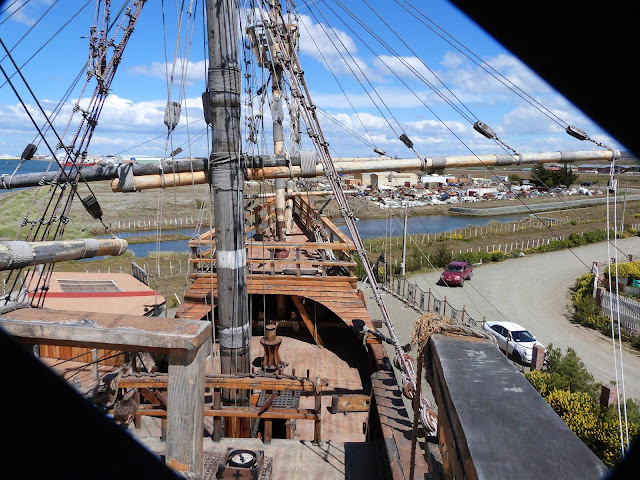 Looking over the “Trinidad” replica, it is evident that life on board would have been extremely hard. She’s no cruise liner, and when one considers how poorly those Carracks and Caravels sailed to windward, and how difficult some of the areas which they explored are, its not suprising that only 18 of the almost 250 men who set out on the journey made it back to Europe.

The next ship we called on was what I think is an Azorean Whaleboat.  There were no signs to tell us the history but those boats are distinctive.  The lines shout speed, and there was a lot of whale hunting here in the south in the 1800s. 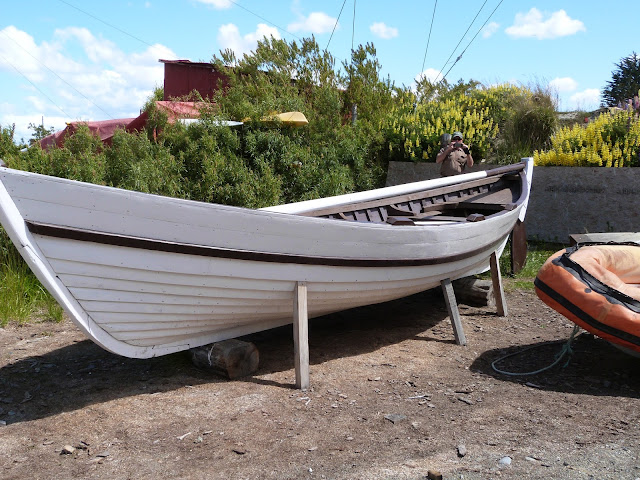 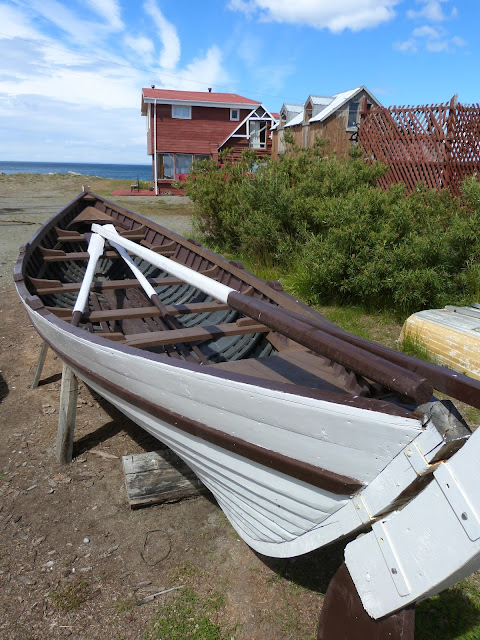 From there, it was up the stairs and onto the replica of “ HMS Beagle”, that’s Darwins ship, the man who developed the theory of evolution.
She’s a typical ship riggedsquare rigger of her era and the difference between her and the Trinidad is very evident.  The Beagle would sail rings around her much older predecessor, and the accommodations while tight and uncomfortable by our standards are much better than Trinidads
middle decks. 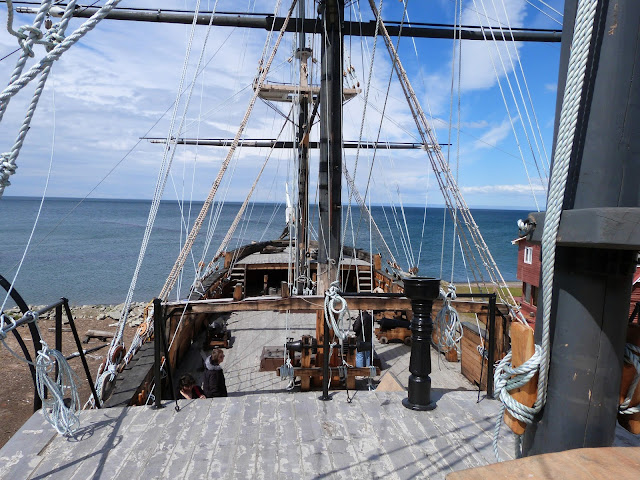 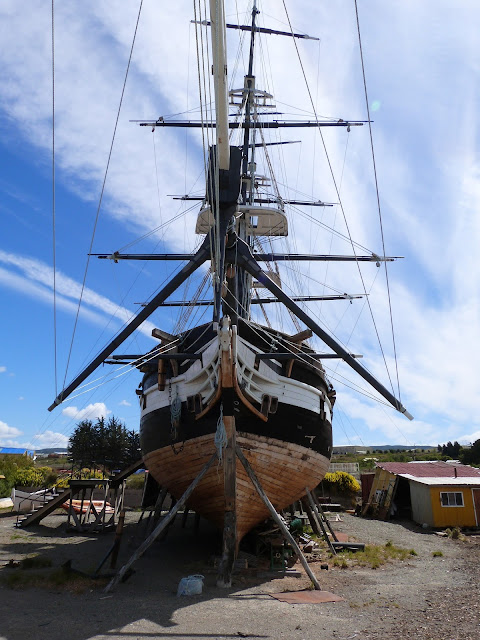 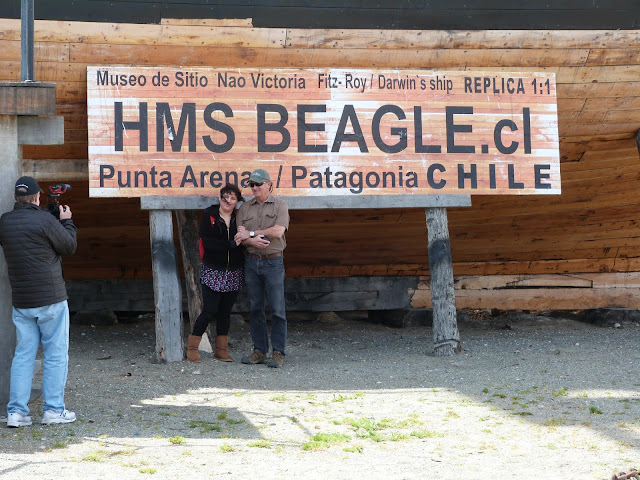 The James Caird replica reminded us of the extraordinary voyage by Ernest Shackleton from Elephant Island on the Antarctic ice across the Drake Passage between the ice and Cape Horn to South Georgia island. Such a tiny cockleshell, canvas decked, navigated by the simplest of instruments and with essentially no accommodations other than being under the very makeshift decks. 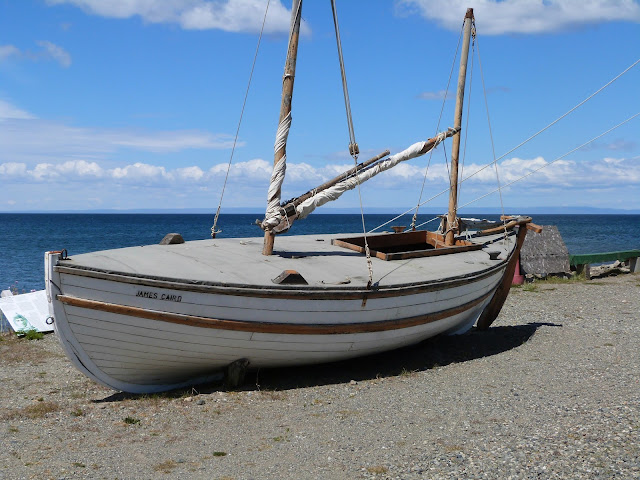 There is also a replica coastal schooner, not a boat in which we were particularly interested. We’ll be back sometime, and will get pics of that as well.

All of these built there on the spot by local labour, with very little equipment other than hand tools and a big table saw.  Well worth the visit!

When we came back though, there was mischief afoot. So to speak.
Toe was sneaking out with one of the Flora twins, you can see she’s letting him take the lead and he has his laces around her to comfort her when the pair of them know that they’ve been caught.
They’re now back in the bottom of the wardrobe, separate ends, doors closed. Grounded! 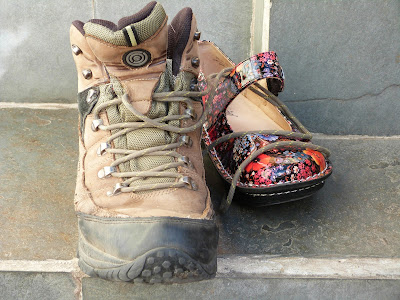 Posted by John Welsford at 7:55 AM